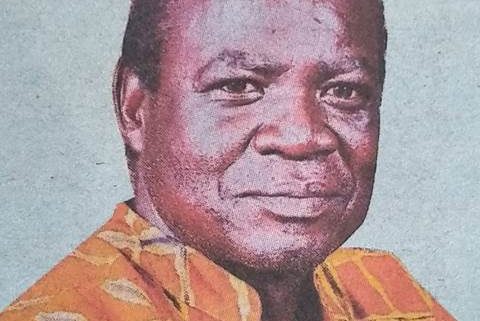 It’s with humble hearts that we announce the death of Pascal Onyango Okere of Barina Farm, Nakuru who was brutally murdered in his house.

Son of the late Dismas Okere Mboss and the late Carolina Owondo. Son in love to Dismas Oyugi and the late Pascaliah Auma.

The body is at Umash Funeral Home Nairobi.

There will be a requiem service at St. Jude Catholic Church – Donholm on Wednesday 12th October, 2022 at 3.00pm.

The cortege will leave Umash Funeral Home – Nairobi on Friday morning and flown to Kisumu.The burial will be on 15th October, 2022 at his home in Ugunja, Siaya County.

Your wings were ready, our hearts were not! Rest well Dad!