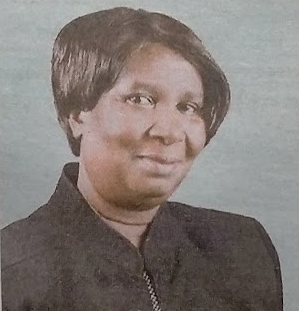 It is with deep sorrow, that we announce the death of Pastor Janet Akoyo Okore, which occurred on March 13th, 2022 in Ewing, New Jersey, USA.

Daughter to the late Gilbert Olum and the late Abysage Olum.

The cortege leaves Nightingale Mortuary at 1pm on Friday, April 8th, for funeral service to be held at CITAM Church in Kisumu at 2pm.

Burial service will take place on Saturday April 9th at 9am at Kaila Primary School. Thereafter she will be laid to rest at her family home in Seme Kaila, Bwanda.

In God’s God’s hands you rest, in our hearts you live forever.