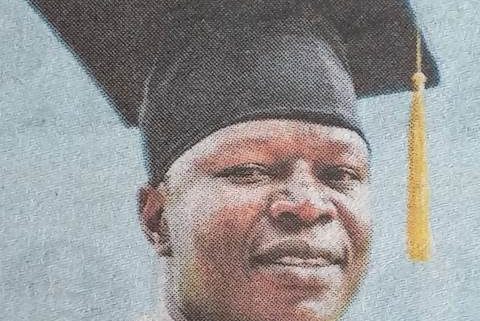 It is with humble acceptance of God’s will that we announce the death of Joseph Kere Oketch of St Hannah Academy-Nairobi which occurred on 26th June 2022.

Son in law to Mzee Robert Magwanga and the late Dorina Magwanga. Brother in law to Joshua Magwanga, Charles, George, Benard and Philip.

Nephew to Tom Obunga, William Onyoo and Chief Robert Omollo. He was a Pastor to Children’s Ministry Voice of Salvation and Healing Church-International.

Financial assistance to the family of the late Joseph to be channeled through Paybill No: 8047521; Account No: Joseph Oketch