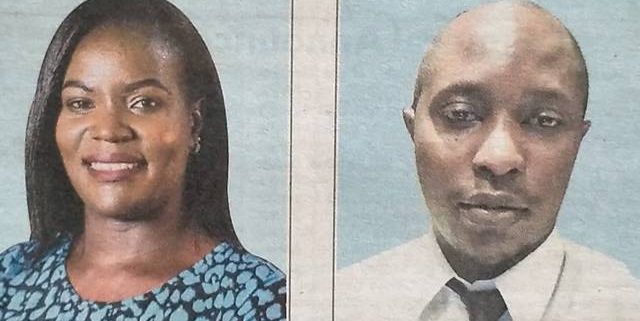 With profound sadness we announce deaths of siblings Pauline Bonareri Sinange and Victor Okeyo Sinange through a tragic road accident in Narok on 03.06.22.

Victor was dad to Dalia Nyaboke.

Friends and relatives will be meeting daily for funeral arrangements at the parents’ residence in Syokimau Nairobi and Riamokogoti Nyansiongo Home.

In Nairobi, final meeting will be on Thursday 09.06.22 at Nairobi Central SDA Church (Maxwell), Old Sanctuary, from 5:30 pm.

The corteges will leave Montezuma Funeral Parlour Nairobi on Sunday 12.06.22 for service at Nairobi Central SDA Church at 8.00 am and thereafter leave for Kisii at 10.30 am.

Victor’s funeral will be held on Monday 13.06.22 and the cortege shall leave Ichuni Mission Funeral Home at 8.00 am for the burial at Riamokogoti Nyansiongo.

Pauline’s funeral will be held on Wednesday 15.06.22 and the cortege shall leave the same Funeral Home at 8:00 am for burial at Kiango Machoge.