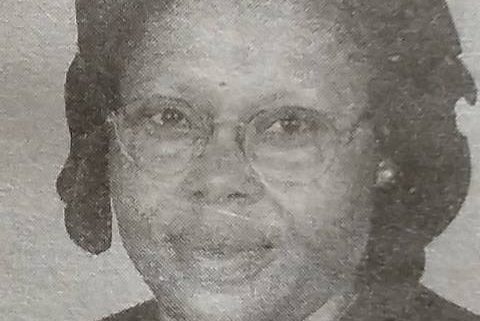 It is with humble acceptance of God’s will that we announce the passing on of Mrs. Rachel Wanjiru Maringi (Gachui).

Sister to the late David Kagia, the late Gad Ngugi, the late Louise Gitau, the late George Ng’ang’a and the late Charles Njoroge and many deceased step-siblings.

Funeral meetings are being held at All Saints Cathedral on Tuesday 26th July, 2022 at 5.00pm and at her home in Buru-Buru Phase 4.

The cortege will leave Kenyatta University Funeral Mortuary on the 28th July, 2022 at 9.00am to proceed for the burial service at Gatanga Constituency Gituamba Village.

For any assistance, kindly channel your contributions to Pay-bill No. 518859, Account No.: (Your Name).