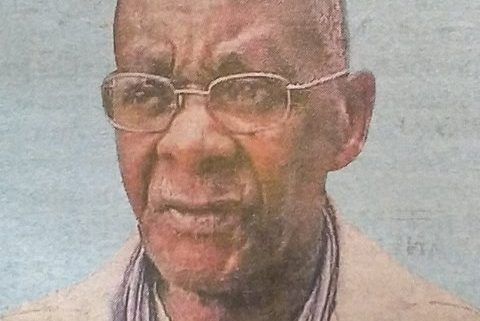 it is with profound shock that we announce the sudden demise of Robinson Ng’ethe Kamau, who hails from Karura village (Ka-murimo), on 20th August, 2022 through a road accident.

Son of the late Samuel Kamau and the late Elizabeth Wairimu.

Friends and relatives are meeting daily from 2.00pm for prayers and meeting at his home in Karura Village, Kiambaa Location.

The cortege will leave Gachie Funeral Home on Tuesday 30th August, 2022 at 10.00am for the funeral service at his home.

In God’s hands you rest and in our hearts you remain forever. Rest in Peace.