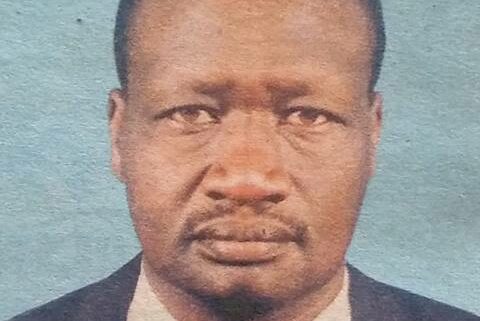 It’s with profound sadness that we announce the death of Retired A.E.O Mwalimu Michael Kapelimuk Lokomol (Polanyi) which occurred on Thursday 8th December, 2022.

He was the first born son to the Late Peter Proso Lokomol and the late Veronica Lokomol. Step-son to Cheptikogh Lokomol.

The body leaves Cherang’anyi Nursing Home Mortuary on Tuesday 20th December,2022 at 10.00a.m. A requiem mass will be held on the same day at 12.00p.m at St. Theresa Catholic Church,Tartar.

The burial ceremony will be held on 21st December,2022 at his home in Komolee village, Tartar, West Pokot County from 10.00a.m.

Your life was a blessing, your memory a treasure, you are loved beyond words and you will be missed until we meet again.