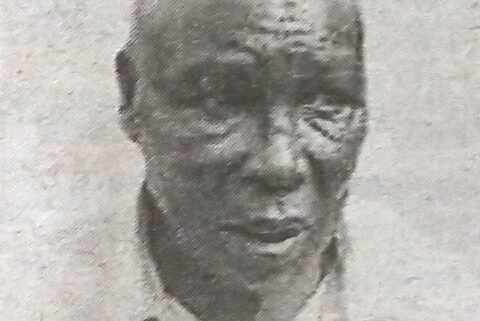 It is with deep sorrow we announce the sudden passing on of Late Rtd Mwalimu Josephat Mwangi Nguyo.

Father-in-law to Njoki, Kinyua, Edna, Archtecht Gladys Muthoni (Technical University), Mary and Grace. He was uncle and grandfather to many.

Meetings are being held at Spanish Hotel Nyahururu 6:30pm and at his home Nyonjoro Ndaragwa daily for funeral preparations.

The cortege leaves Pope Benedict Hospital Mortuary Nyahururu on 4/11/2022 Friday at 9:00am. There after the burial will be held at his place in Nyonjoro Ndaragwa.

In God’s hand you rest, in our hearts you live forever.