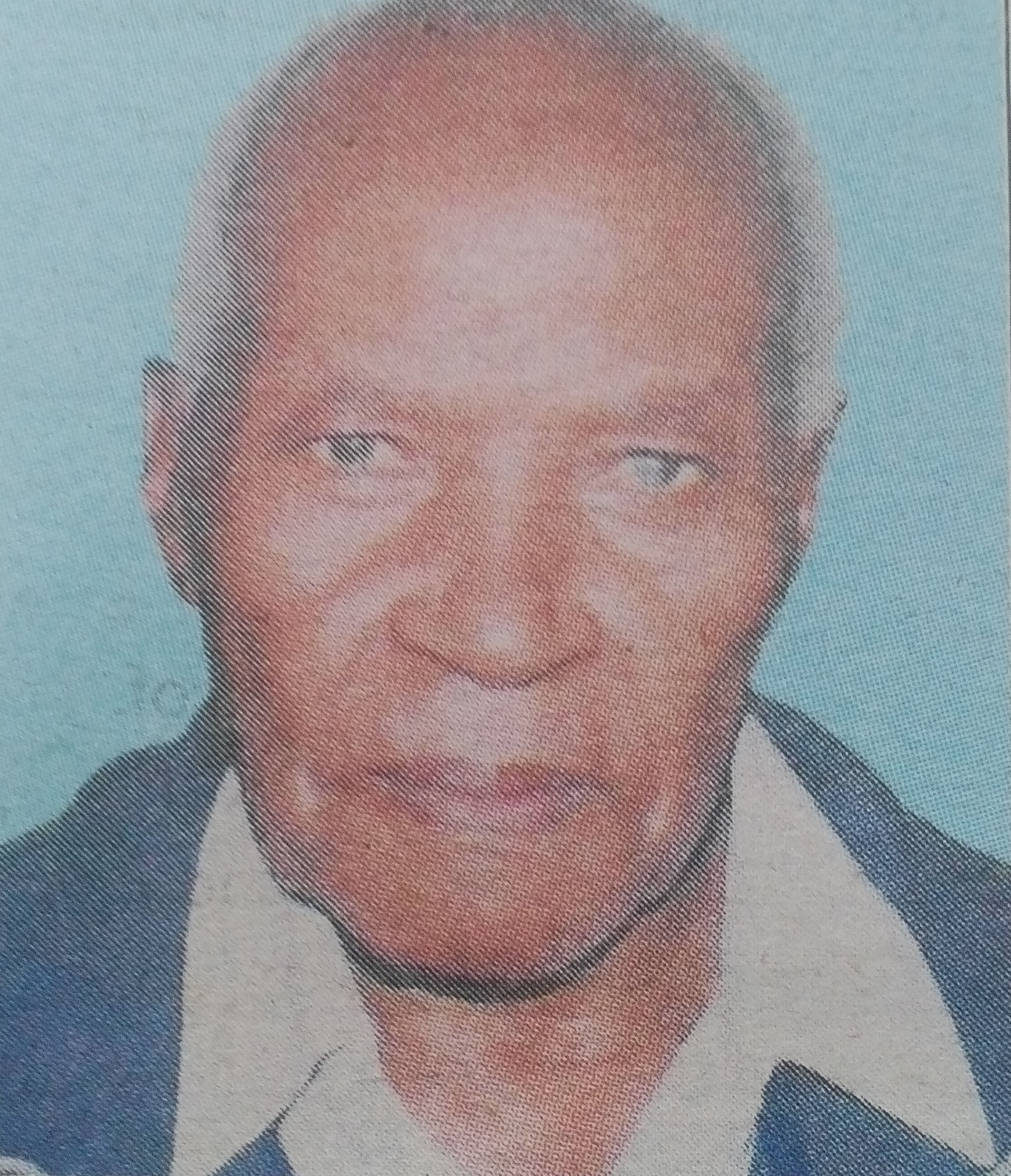 It is with humble acceptance of God’s will and doing that we announce the passing of Samuel Muriithi Miano (Mzee Moja) that occurred on 1st January 2017, after a long illness bravely borne. He was a member of East African Revival Fellowship.

Family and friends are meeting daily at Mrs Elizabeth Mwangi’s residence along Tigoni Road, near St. Paul’s University, from 4pm and at his home in Leshau, Ndaragua from 45pm for, prayers and funeral arrangements. There will be a memorial service on Sunday 8th January 2017 at Elizabeth Mwangi’s home at 3pm. The funeral service will be held at PCEA Church Kahembe, Nyahururu, onWednesday, 11th January 2017 and he will be laid to rest at his residence thereafter

Mzee Moja has fought the good fight. He finished the race and kept the faith. To God be the glory! Amen.