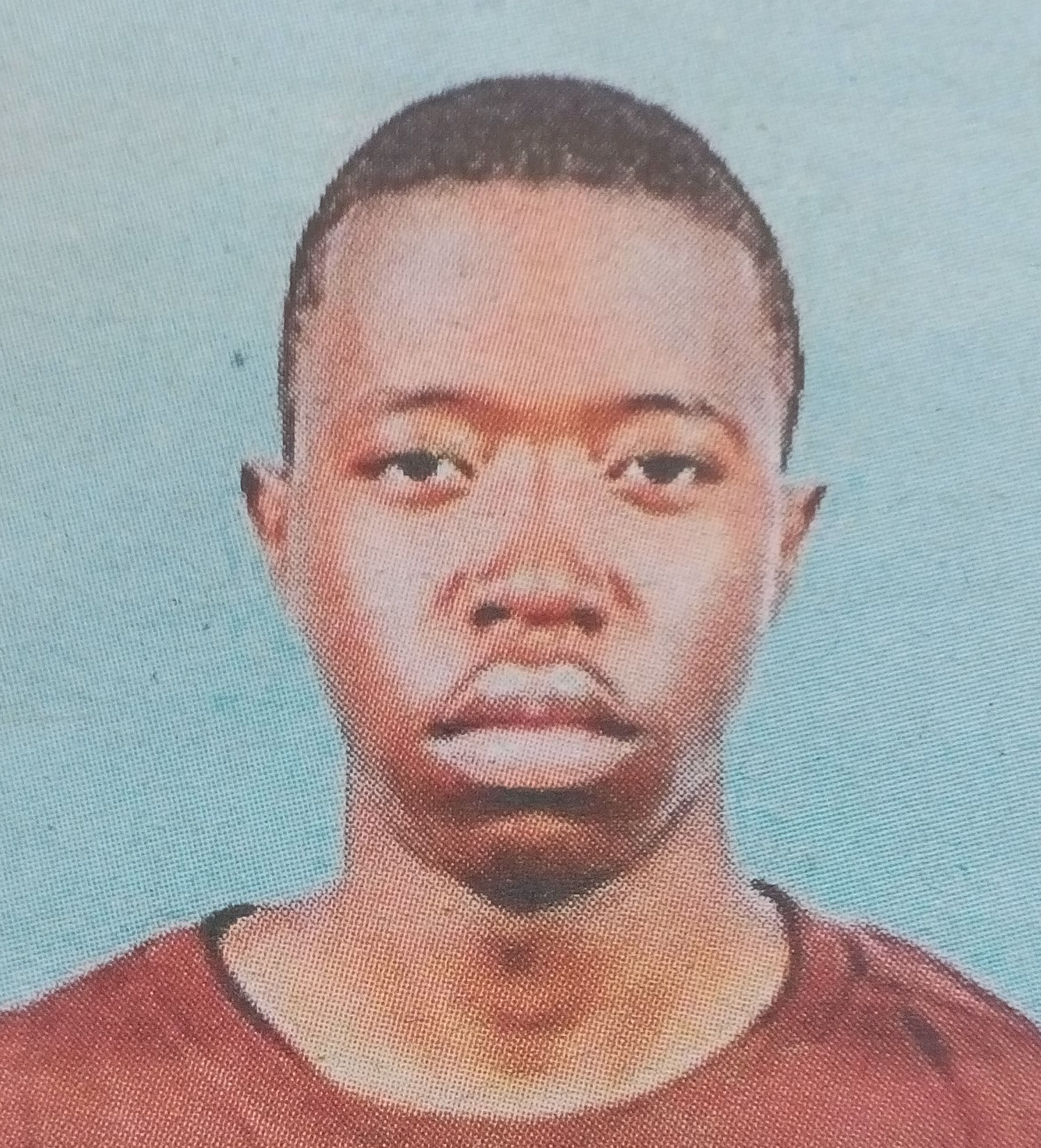 It is in acceptance of God’s will that we, the larger family of the late Mzee Jeckonia Olang’ of Oriang’ Kasbong, Kendu Bay, announce the sudden demise of Samuel Omondi Olang’ (Sammy) which occurred on Friday 23rd December 2016 after a short illness bravely borne.

He was a student at Catholic University of Eastern Africa. Son of Elder Zadock Ondeng’e Olang’ and Agatha Olga Olang’ of Karengata SDA Church, Nairobi.

Family and friends are meeting daily at their residence at Merisho Close off Merisho Road, Ongata Rongai, and near Adventists University of Africa for prayers starting 5pm. There will be a fundraiser on Tuesday January 3rd 2017 at Nairobi Central SDA Church (Basement) from 5pm to help meet the funeral expenses.

There will be a funeral service at Nairobi Central SDA Church (Maxwell) Milimani Road on 4th January 2017 from 11am.

The cortege leaves the Lee Funeral Home, Nairobi, on 5th January 2017 at 7.30am for their home in Kamuma sub location, Rawinji, Oyugis, Homa Bay County.

The burial will be held on Friday 6th January 2017 starting at 9am at the same venue.

The righteous perisheth, and no man layeth it to heart; and the merciful men are taken away, none considering that the righteous is taken away from the evil to come – Isaiah 57:1