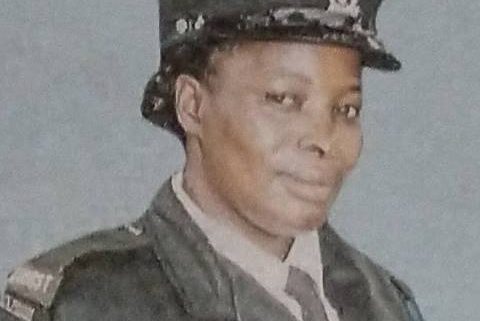 It is with deep sorrow and humble acceptance of God’s divine will that we announce the promotion to glory of Senior Sergent Mrs Jane Wanjiku Kamweti of Kenya Prisons Service.

Family and friends are meeting daily at her Kirathimo Home from 4:30 pm for prayers and funeral arrangements.

The cortege leaves Outspan Funeral Home Nyeri on 6th January 2022 at 7.00am followed, by a memorial service at Kirathimo PCEA Church from 9:00 am. She will later be laid to rest at her farm in Muruguru Catherine Gardens.

The Lord gave and the Lord have taken away. Blessed be the name of the Lord Jesus.