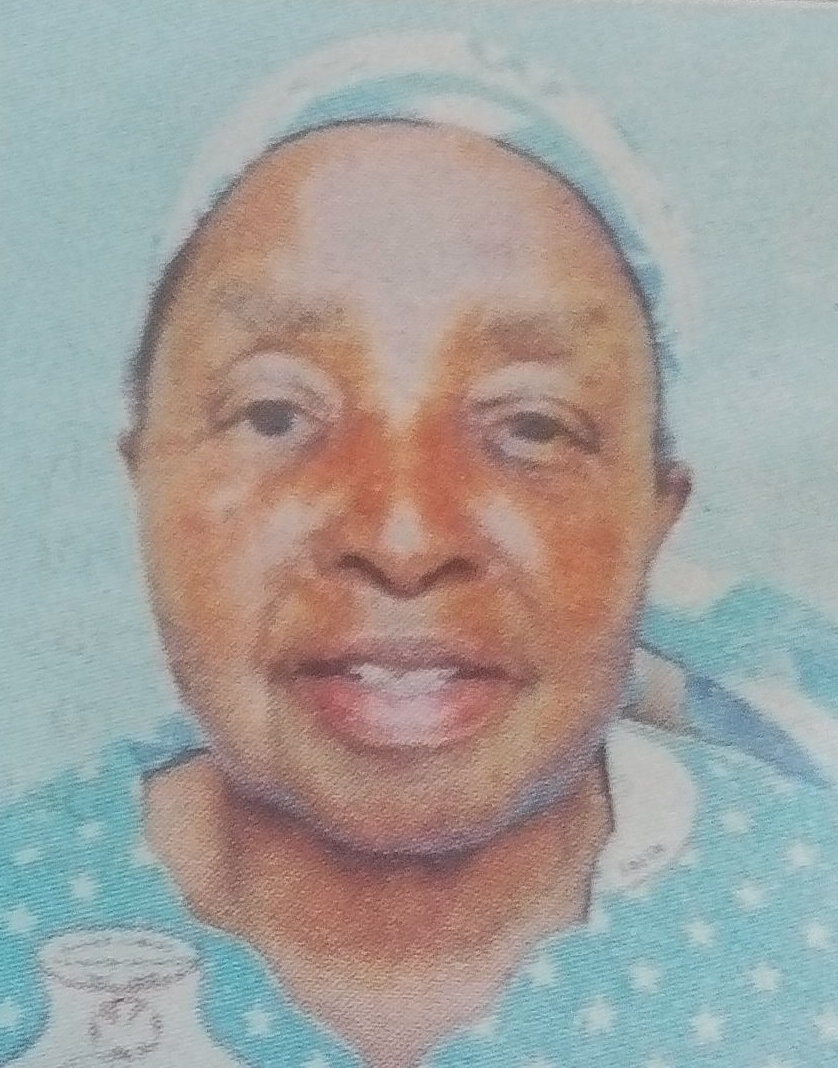 It is with great sorrow and humble acceptance of God’s will that we announce the death of Sera Njoki Kamau on Tuesday 31st January 2017 at MP Shah Hospital. She hailed from Thiong’o Road Kangemi,

Family and friends are meeting daily for funeral arrangements from 4.00 p.m. at her home in Thiong’o Road, Kangemi.

The cortege leaves M.P Shah Mortuary on Wednesday 8th February at 9am. Funeral service will be held at St. Joseph, The Worker Catholic Church Kangemi at 11a.m. Burial thereafter at her home in Thiong’o Rroad, Kangemi, Nairobi.

You have fought a good fight, you have finished the race and kept the faith. 2 Timothy 4:7