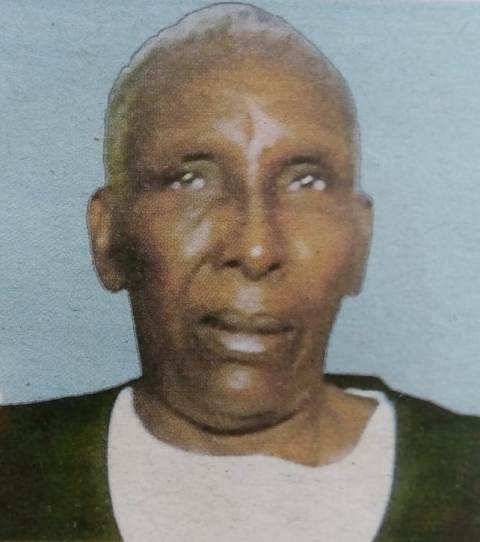 The family of the beloved Sister-in-Christ Joyce Gathiru Muragu wishes to announce her promotion to Glory that occurred on Monday 9th July 2018. She was a member of St John’s Anglican Church, Githagara. She haled from Mirichu Village, Githagara Location, Mugoiri Sub-county, Muranga County.

Friends and relatives are meeting daily for prayers at St. Andrews Church Hall, Nyerere Road, Nairobi from 5.30pm – 7.30pm and her home in Mirichu Village.

The cortege will leave from Kenyatta University Funeral Home at 7:00am on Tuesday 17th July. 2018 for the funeral service and burial which will be held at ACK St John’s Githagara Church, Mirichu, Mugoiri, Muranga from 10.00am.

Finally, brothers good-bye, Aim for perfection, listen to my appeal, be of one mind, live in peace And the God of love and peace will be with you. (2 Corinthians 13: 11)