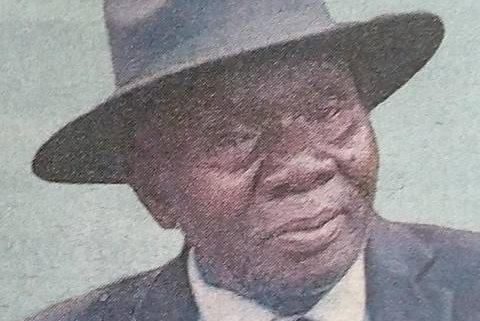 We are saddened to announce the death of Mr. Thomson Moseti Nyangau (formerly of Chemelil Sugar Company) which occurred on Wednesday, 12th October 2022 at Nairobi Family Hospital in Kisii.

Isaiah 57:1 —”The righteous perishes, and no man takes it to heart; Merciful men are taken away, while no man considers that the righteous is take away from evil.”