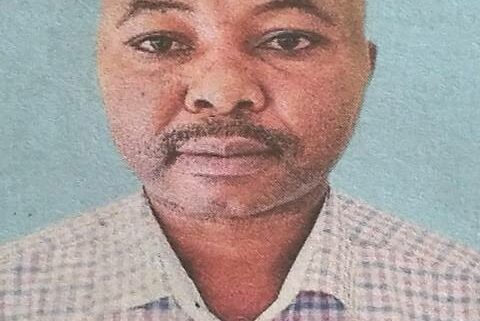 It is with deep sorrow and humble acceptance of God’s will that we announce the untimely passing on of Titus Kioko Munyao of Kenya Urban Roads Authority (KURA) North Rift Region (Eldoret) on 23rd November 2022 following a tragic road accident on the Kitale-Eldoret Highway. He was formerly in KURA’s Central Region (Nyeri).

Uncle to Joseph, Nancy, Lydia, Ndumi, among others.

Nephew to Simon, Aaron, late Mutyota, Rosemary and David Muia among others.

Brother-in-law to Veronica, Angeline, Mary, Francis, Stephen, Erick, among others.

Cousin to Paul, Mumo, Nduku, Mwende, Kamene,Victor, among others.

2nd Timothy 4:7 “I have fought a good fight, I have finished the race, I have kept the faith”