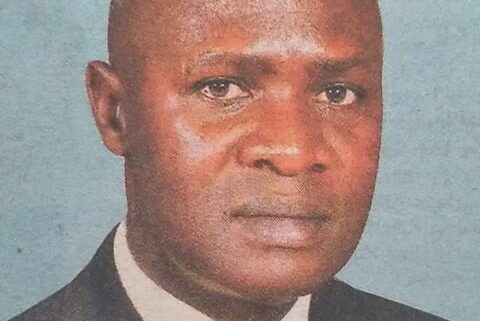 The family announces with deep regret and sorrow but with acceptance of God’s will the death of Tom Gray Okello Koludhe on ITS December, 2022 at the Mediheal Hospital from acute pneumonia. Until his death, he was the founder and sole owner/manager of the Great Bridge College, co-founder of Worldwide Job Recruiters Kenya Ltd and Chairman of the Kenya Association of Private Employment Agencies (KAPEA).

A memorial funeral Mass will be held at the St. Monica Catholic Church-Njiru on Thursday, 22nd December, 2022 from 12 noon.

A major fundraising to offset the medical bill and funeral expenses, will be held at the All Saints Cathedral Kindergarten School on Tuesday 20th December, 2022 from 5.00 pm. Contributions can also be sent to the Treasurer through Mpesa No.: 0712468950.

He will be laid to rest after the final funeral Mass to be conducted by the Holy Cross Catholic Church-Ramba at his home along Kisumu-Lwanda-Siaya Road, in South East Alego Location, near Sigana Primary School in Alego-Usonga Constituency, Siaya County on Saturday 24th December, 2022 from 10.00 am.

The Lord gaveth and He hath taketh. May His name be praised and glorified as we pray He receiveth and rests Tom’s soul in eternal peace till we meet again at His Kingdom.Amen! Amen! and Amen!