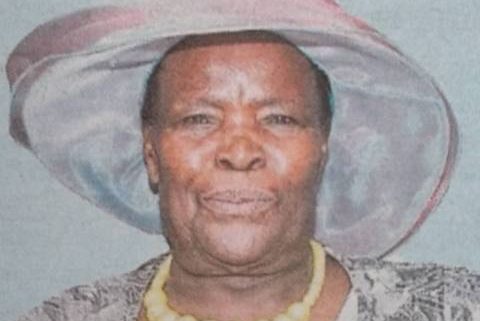 We wish to announce the death of Wanza Musyimi which occurred on the 27th June 2020 here in Nairobi.

The cortege will leave Montezuma Funeral home Machakos on Saturday the 4th July 2020 and funeral will be held on the same day at Kyawanyingi sub-location, Nzambani Village, Mitaboni location, Machakos County.

We have hope toward God… that there is going to be a resurrection of both the righteous and the unrighteous. Acts 24:15