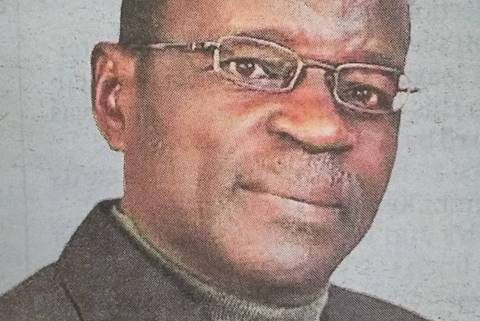 It is with deep sorrow that we announce the demise of Wycliffe Odongo Makokha that occurred on the morning of Wednesday, 17th August, 2022, while undergoing treatment at Kenyatta National Hospital, Nairobi.

He was a brother to the late Lydia Lishamba, Benjamin Nyongesa, Rebecca Ombele, Prof. Cleophas Maende and Mary Makokha.

Friends and relatives are meeting daily at the family residence in Milimani, Kitengela and Mosoriot Farm in Moi’s Bridge, Kitale for funeral arrangements.

A Memorial Service will be held at ACK Holy Trinity Church, Kitengela on Thursday, 25th August.

The Funeral Service and burial will be held on Saturday, 27th August, 2022 at the family home in Moi’s Bridge, Kitale.

In God’s arms you rest and in our hearts you remain forever.