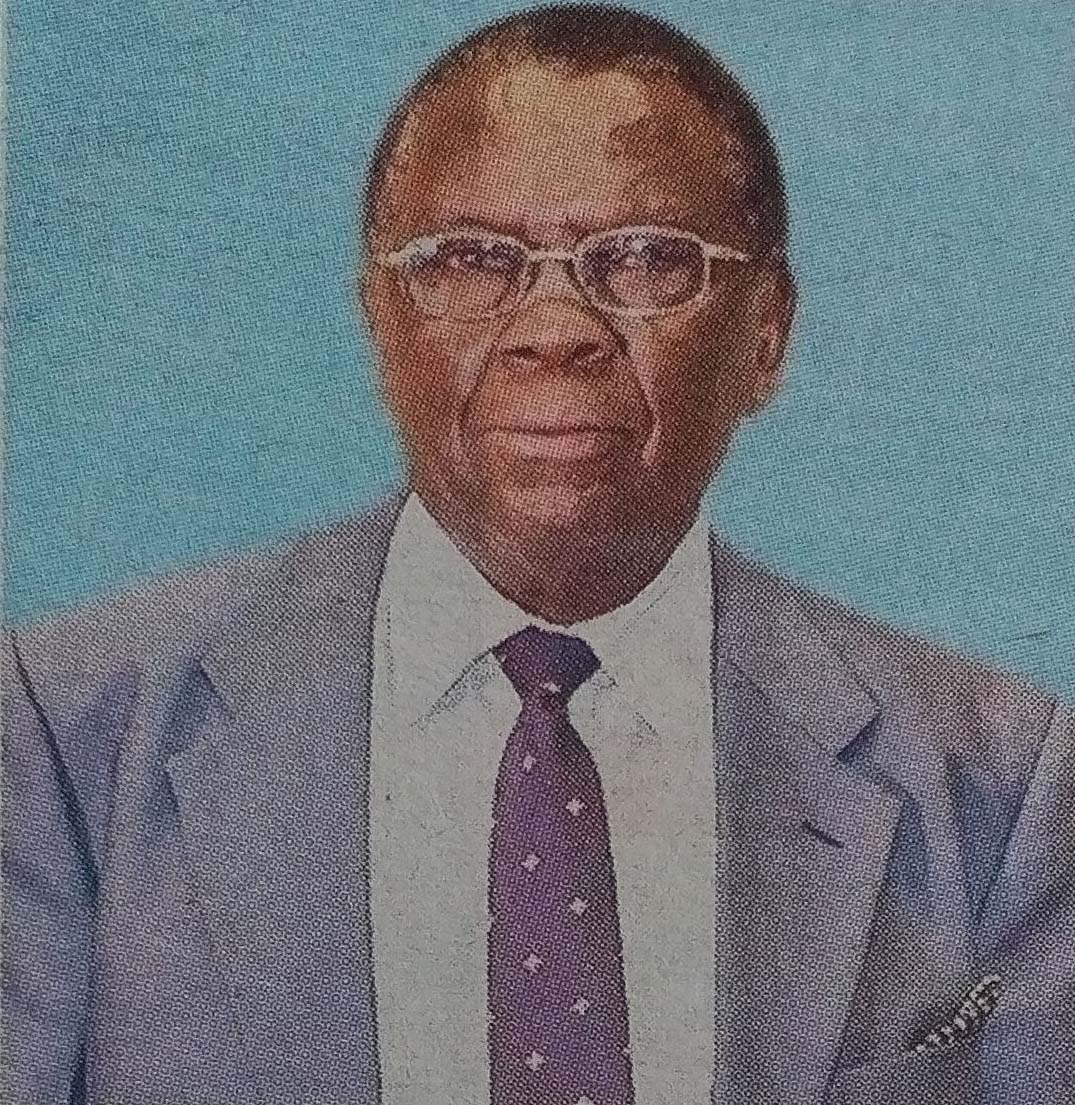 1943-2017   It is with humble acceptance of God’s will that we announce the passing of Retired teacher
Arthur Njoroge Kariuki that occurred on 26th April 2017.
Son of the late Nicholas Kariuki Mugambi and the late Nelly Wanjiru and Grace Muthoni. Husband of Naomi Pertet Njoroge. Son-in-law of the late Juliet, the late Priscilla and Zipporah Pertet. Beloved father of Nicholas and Ruth Kariuki, Nelly Wanjiru and Kung’u, Zippy Nkini, Kiarie, Florence Njeri and Kabira.Arthur was also an uncle of many.
Brother of Dr John and Joy Kariuki, Gladwell Nyambura and Wachira, Pauline and Charles Nganga, Margaret Njeri, Mary Wanjiku and Waruingi, Damaris and Waweru, Samuel and Susan Ng’ethe Lucy Wangari, Benson and Lucy Raititi,Winnie and Kiniani, Eunice and Patrick !claw°. He was grandfather of Brian, Pauline, Naomi, James, Natasha, Ryan,Curtis and Andrew and uncle of many.
The funeral meeting is being held at his home in Molo and at his parents’ home in Muthure, Kikuyu.The cortege leaves Montezuma Monalisa funeral home on Thursday 4th May 2017 for the funeral service that will be held same day as from 10.30 am at PCEA church, Molo and thereafter burial at his home in Mutirithia, Molo.

Dad in God’s hands you rest, in our hearts you remain forever.