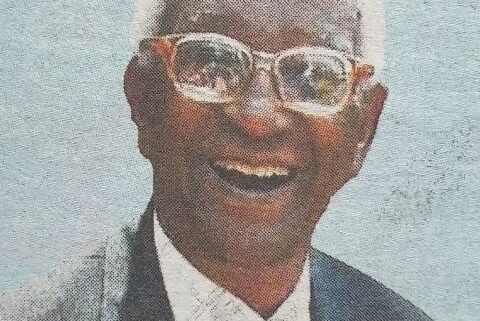 It is with humble acceptance of God’s Divine will that we announce the promotion to Glory of our Patriarch Arthur Peter Murimi Njau who went to be with the Lord on the night of Sunday the 15th January 2023.

Son of the late Gideon and the late Naomi Njau. Brother to the late Samuel, Damaris,Wangari, the late Karani, Bilhah and Agnes.

Family and friends are meeting at his home in Kahawa Sukari daily from 5.30pm.

There will be a Memorial Service at St. Joseph Catholic Church – Kahawa Sukari on Tuesday, 24th January 2023 at 12:00pm.

Burial will be held on Wednesday, 25th January 2023 at his farm in Gaciku Estate, Kiaragana – Kirinyaga County from 11.00am. The cortege leaves Kenyatta University Mortuary at 7.00am on the same day.