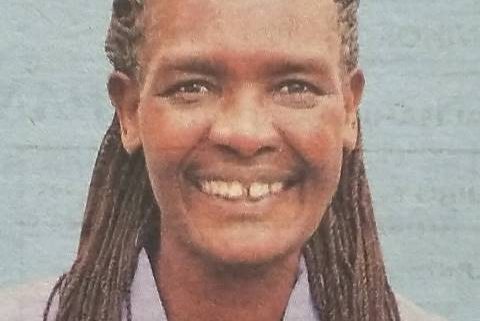 It is with humble acceptance of God’s will that we announce the death of Beatrice Akinyi Jangima of Jusa Village, South Kowe Sub-location, Seme Sub-county, Kisumu County.

Wife of Joseph Jamwaka Jangima and mother of Brian Jangima, Jimmy and Ivy Leah Jangima and the late Joseph Arbro.

Daughter of both the late Kilion and Dinah Alaka Opiacha of Yimbo Usenge. Daughter-in-law of the late Japuonj James Orondo and the late Councillor Rose Orondo of Jusa, Seme Kowe.

Friends and relatives are meeting daily at their residence in Chuna Estate, Kitengela.

There will be a fundraising at their residence on Saturday, 30th July, 2022 starting at 3.00pm.The final fundraising will be held at All Saints Cathedral Nairobi on Thursday, 4th August, 2022 from 5.30pm.

Other funeral arrangements will be announced later.

All MPESA contributions to be made through Paybill No. 8047561, Account No: Your name.