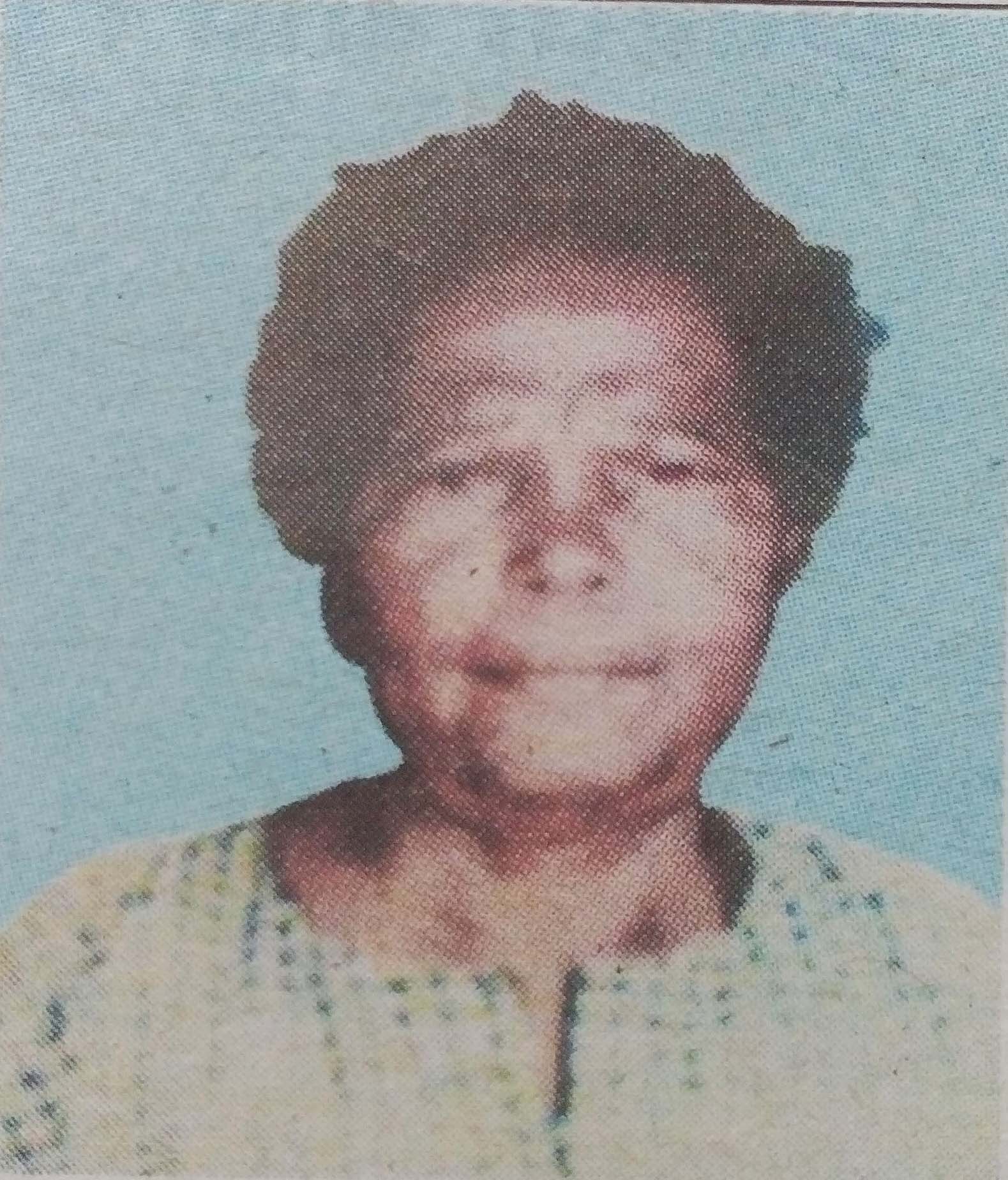 Sunrise 1945 Sunset 2014    It is our humble acceptance of God’s will that we announce the death of Beatrice Syokau Gathumba, which occured on 4th July 2014 at 12.30am at Kenyatta National Hospital (K.N.H) where the Burial Permit was issued to Silvester Peter Ndeti who presented false information that he is the ‘son’ of Beatrice Syokau Gathumba knowingly that his mother is Elizabeth Mukulu Nzuki. Beatrice Syokau Gathumba is the 2nd wife of John Gathumba Kathumba Makuthi, step mother of the late Harrison Kyule, the late Ndambuki Gathumba, the late Nzomo, the late Wathome, the late Mwikali, the late Mukonyo, the late Nthambi, Litha Katumbi, Amina Mbula and Veka Muthike. Beloved cousins and friends to many. Friends and relatives of the nuclear family are meeting daily at the City Square under the chairmanship of Mutua Ndunda from 12.00pm – 7.00pm. The late will be laid to rest on the 24th June 2017 at her Rural Home Mathunya sub-location Mitaboni Machakos County.

“Mum your legacy will remain in our hearts and soul and we will meet again in Glory”.