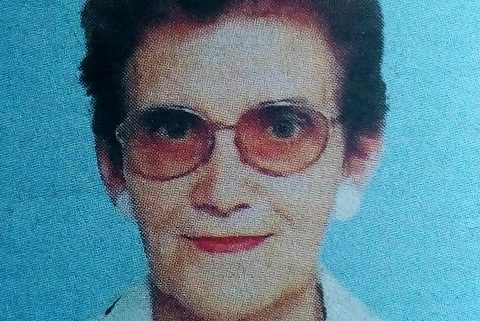 We regret to announce the death of Celia Donovan on 19th October 2019. Celia was born in Lencon Schull, County Cork, Ireland, on the 19th of April 1932. She died at her home in Hurlingham, Nairobi after having been ill for some time.

Sister of Sean, Sr. Louis of the Poor Clares and the late Michael. Sister-in-law of Margaret and aunt to Diarmuid, Helen, Gerard, Leo and In.

The cortege will leave Lee Funeral Home on Friday 25th October at 4.30 pm for an overnight vigil to be held in the Kianda School Chapel, starting with Mass at 6.00 pm.

The funeral Mass will be celebrated on Saturday 26th October at 10.30 am in the Kianda School Chapel followed by burial at the Langata Cemetery.