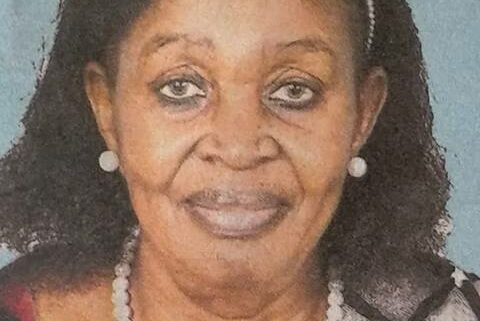 The Goto family regrets to announce the passing away of Charity Wangari Goto on 20 January 2023 after an illness bravely borne.

In-law and friend to Charles and Irene Mwago, the late Gideon Mworia and Amb. Kalimi Mworia, Prof. Barnabas and Hon. Rose Mitaru and their families.

Charity was a sister, loved dearly by her siblings David Mwangi and Irene Ng’endo, the late Lawrence Maina, Duncan Ndegwa and Anna Wayua, and Isaac Kariuki.

A celebration of life service will be held on Tuesday, 24 January 2023 starting 2.00pm at Lavington United Church, Nairobi.

The cortege will leave Lee Funeral Home on Thursday, 26 January 2023.The funeral service will be held at ACK St. Peter’s Cathedral in Marsabit on Friday, 27 January 2023. Charity will be laid to rest at her home in Saku Marsabit.

Charity’s legacy was built throughout her life – in how she cared deeply for her husband; her children and their friends; both Marsabit and Nyeri families; and her friendships, especially from church. A mother figure to many, through the years lots of stories will be told of how our beloved Charity welcomed warmly and loved dearly.

She fought the good fight, she finished the race and kept the faith. — 2 Timothy 4:7