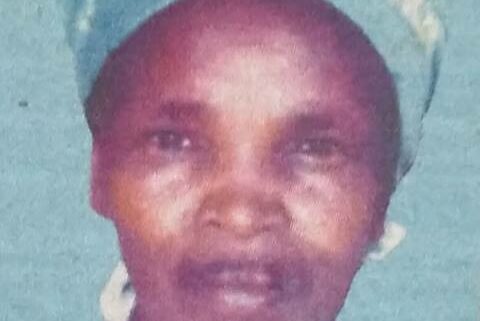 It is with humble acceptance of God’s will that we announce the promotion to glory of Mrs. Susan Nyaguthii Githiomi of PCEA Mathaithi Church, which occurred on 20th January 2023.

She was the loving wife to the late Elder Gadson Githiomi J. Mutahi.

Family and friends are meeting daily at her home in Mathaithi and at the All-Saints Cathedral Church Hall – Nairobi, on Monday, 23rd January 2023 and Tuesday 24th January 2023 from 5.30pm.

The cortege will leave Jamii Nursing Home, at 7.30am on 26th January 2023, for a church service at PCEA Mathaithi church, Karatina and thereafter burial at her home in Mathaithi, Karatina, Nyeri County.

May she rest in peace. To God be the Glory.