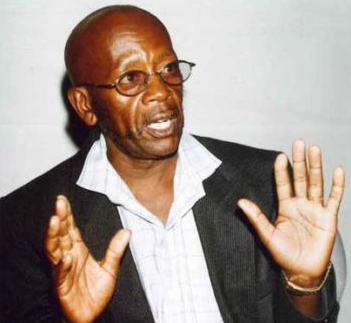 One of the many acting scenes in which comedian Charles Kimani, alias Masaku, is when he is running away from a pub while nearly naked.

With only a pair of shorts and barefott, he dashes off with his assailants in hot pursuit. He only barely makes it to his house.

A rather puzzled wife demands to know why her husband has to get back home in a rather confounding style. But he is not in the mood to tell the truth.

Quick thinking, he makes up a tale of his entry into martial arts class, and being topless is part of the routine and to make his line authentic he makes some clumsy karate moves. She is persuaded. In the process he side steps the rising debts he has yet to deal with as the head of the family.

That scene sums up the classical Masaku. He was part of the golden generation of comedians like Ondiek Nyuka Quarter (Hiram Mungai), Mzee Ojwang’ (Benson Wanjau) and the venerable Mama Kayai (Mary Khabere). Their rib-cracking humour kept Kenyans in the 70s, 80s, 90s entertained in the days when KBC comedy had no parallel.

Their Vitimbi and Vioja Mahakamani their performances provided comic relief and were adept at mimicking regional accents, Masaku was the quintessential Kamba city dweller.

But a bed of roses it was not for Masaku who died of diabetes on June 29, 2018 at Mbagathi Hospital, Nairobi. Daughter Pauline Wanja told of her father’s eight-year battle with the disease.

The comedians of the time were never as well paid as the present crop.

Masaku will be buried on Tuesday July 10 at his home in Murang’a County.