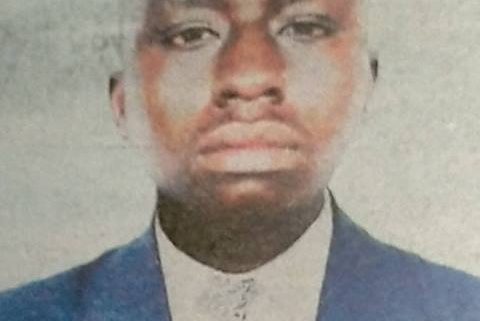 It is with deep sorrow and humble acceptance of God’s will that we announce sudden demise of Cyril Aloys Onyango (Otiya) who was a student at the University of Eastern Africa, Baraton which occurred on Monday, 26th September, 2022 at Kannika Hospital Kisumu after short illness.

Son to Samuel Onyango Aloys and Esther Onyango. He was the second born in a family of 4 children namely; Cynthia Awuor, Nicole Tanya and Natalie Jessica. Grandson of the late Aloys Owuor and the late Peninah Aloys, the late Walter Juma, and the late Teresa Juma. Step-grandmothers were the late Pesila Aloys, Martha Aloys and Caren Aloys.

Funeral planning and fundraising is being held daily at Public Service Kisumu from 5.00prn and online begins from 8.00pm http//meet google.com/Kne-eeia-sty.

The body is at Star Mortuary OgangO. The cortege will leave on 6th October, 2022 at 10.00am to father’s home Andingo Kanyakwar Kokwanyo East Sub-Location, Kokwanyo Location Karachuonyo East Sub-county of Homabay County. The body will be laid to rest on 7th Friday, October 2022.

Psalm 30: 5. Weeping may endure for a night but joy comes in the morning