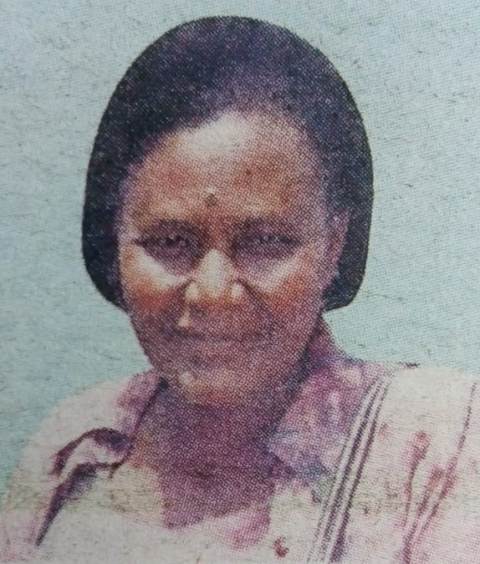 It is with humble acceptance of God’s will that we announce the passing of Damaris Gathigia Mutahi after a long illness bravely borne.

Family and friends are meeting daily at Magomano hotel (Nairobi-CBD) from 6pm for funeral arrangements. Another meeting is taking place at her parents’ home at Gathagara village. Mukurweini in Nyeri County.

The cortege leaves Kenyatta University Funeral Home on Saturday 23rd June 2018 at 8.30 am. Burial service and interment of the Late will be done on the same day at her Parents’ home in Gathagara village Mukurweini in Nyeri County at 2pm.

In God’s hands you rest, in our hearts you live for ever