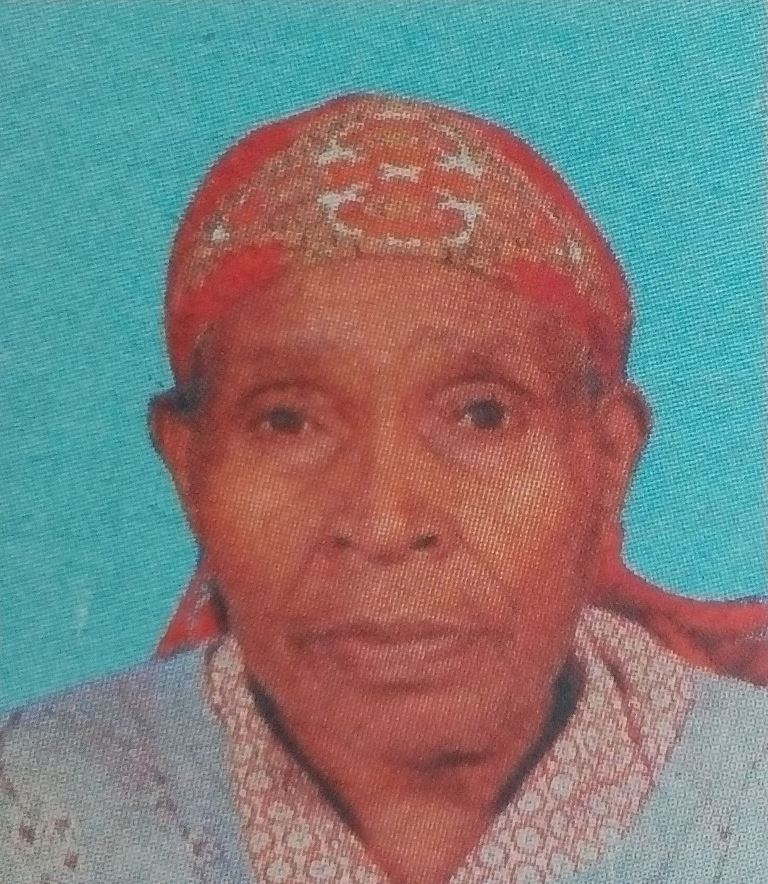 The Mundia family with great sadness wish to announce the departure to glory of our matriarch Esther Muthoni Muraya on 9th August 2017, after a short illness.

Burial arrangements meetings are being held at her son’s (Patrick Kariuki) residence in Mwihoko and her daughter’s (Rebecca Mutawali) residence in Kahawa West, Nairobi.

The body leaves KU mortuary on Thursday 17th August 2017 for burial at the family home in Geta, Kipipiri, Nyandarua County.

In God’s hands you rest in our hearts you remain forever.