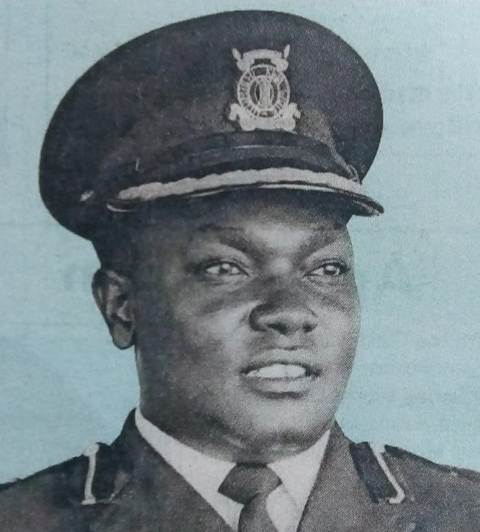 The demise of a man of honour.

It is with deep sadness that we announce the demise of Retired Director of Administration Police Kenya, Fifth Chairman of Kenya Police SACCO serving between 1979 and 1982 and former Mayor of Athiriver, Francis Judah Muoka of Kamuthanga village,-Kyaani sublocation, Mua hills, Machakos county.

Family and friends are meeting from Monday 12th to Wednesday 14th August 6pm at the Railways club in Nairobi and the T Tot Hotel, Machakos.

The funeral will be held on Friday 17th August at his Kamuthanga home in Machakos county.

Contributions towards F. J. Muoka funeral fund can be made using Mpesa (buy goods) TILL number 845812.

Into your hands oh Lord, we release his Spirit.