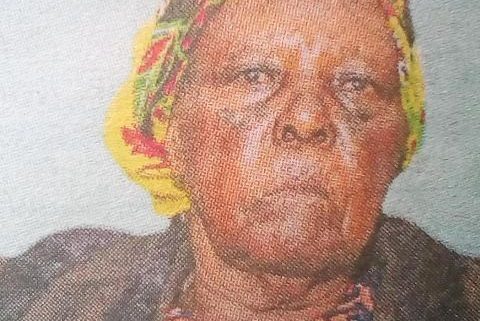 It is with humble acceptance of God’s will that we announce the promotion to glory of our beloved Fridah Mwonchana Michira (Kaake) on 14th October, 2019.

The cortege will leave Meru Funeral Home at 10:00am on 21st October, 2019 for funeral service at MCK Kirindine Church and thereafter for burial at her home in Mwigele Village, Kirindine, near Tigania Law Courts.

Sleep well and in eternal peace until we meet again. God’s hands you rest, in our hearts you remain cherished and loved forever.