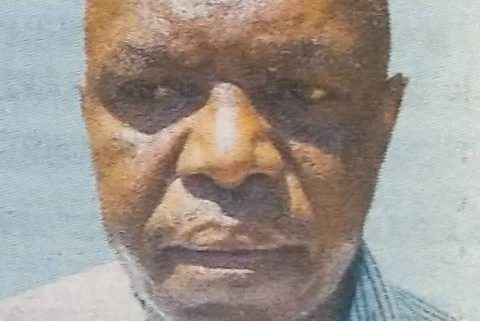 With the humble acceptance of God’s will, we announce the passing on of Gerald Maingi John “Stone” of Isiolo Water and Sewerage Company, on 13th August, 2022. Gerald was born on 4th March, 1962 in Ruiri.

Prayers and Funeral arrangements are being held in Gerald Maingi’s home in Kiwanjani, Isiolo everyday at 5:00pm.

Grief never ends but it changes. It’s a passage, not a place to stay. Grief is not a sign of weakness or lack of faith; it is the price of love.

Rest in peace our dear Gerald.