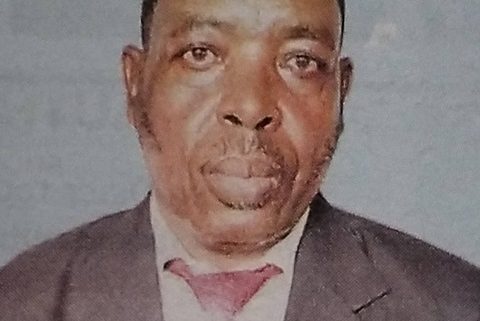 It is with humble acceptance of God’s will that we inform you of the promotion to glory of Gideon Njuguna WAIHUMBU which occurred on 27th Dec 2021 after a short illness.

He was son in law to the late Peter Gichuhi Gichamba and the late Mary Wamboi Gichuhi of Kangemi. Grandfather to Ryan, Mitchelle, Ethan, Liam, Giddy, Anne, David, Jayden, Jake, Dylan and Wambui. He was nephew to Johana Kuria & Lay cannon Gideon Numa.

Family and friends are meeting daily at their residence in Noonkopir Kitengela starting 5;00 pm for prayers and funeral arrangements.

The cortege will leave Umash funeral home Mbagathi Rd on Tuesday 4th January 2022 at 9.00am. The funeral service will take place at the family farm in Mua Hills Machakos County located near Mua Girls Sec School and burial thereafter in the same place.

Hon Mark Too
Scroll to top