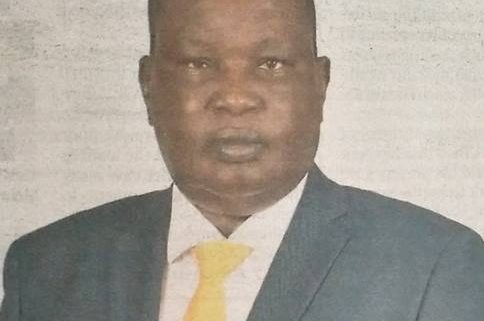 It is with humble acceptance of God’s will that we announce the death of H E Hon Charles Kipng’ok HSC, Deputy Governor Baringo County, which occurred on Wednesday, 14th September 2022 at JKIA – Nairobi, after a short illness.

As friends and Family continue meeting daily for burial preparations, a fundraising to offset funeral costs will be held on Tuesday, 20th September 2022 at AIC Milimani and at Solian Home. Contributions can be made via MPesa through the following details: PAYBILL Number: 8048015 ACCOUNT Name: HON. CHARLES KIPNG’OK FUNERAL FUND

The viewing of the body is scheduled for Thursday, 22nd September 2022 from 10AM – 12PM and thereafter a memorial Service shall be held at AIC Milimani from 2PM – 5PM.

May His Soul Rest in Peace.