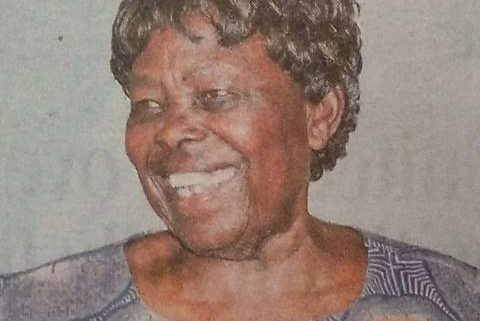 It is with humble acceptance of God’s will that we announce the passing on of Perpetua Auma Dede, on 2nd September 2022 after a long illness bravely borne.

Wife to the late Peter Dede. Co-wife to Florence Dede.

Daughter to the late Petro Geda and the late Dorah Adhiambo of Kogweno Oriang. Daughter-in-law to the late Olieng’ Aungo and Susana Onyango.

Aunt to Joel,Thomas, Isaac, Wilson, Joshua, Arkipo and others. Grandmother and great grandmother to many.

She will be laid to rest on 23rd September 2022 at Kokuro, Awendo, Migori County.

She finished the race and kept the faith. Amen