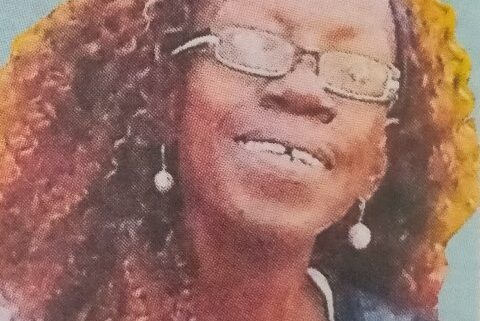 Grandmother to Keyshia and Terrance.

There will be a requiem Mass at the Consolata Shrine, Westlands on Wednesday February at 10.00 am.

The cortege will depart for Busia from Montezuma Funeral Home on Thursday 2nd February, 2023 at 7.30am. Burial will take place in Busia, Mauko Village on Friday 3rd February, 2023 from 9.00am.

Into your hands we commend her spirit, Lord Jesus receive her Soul. Amen!