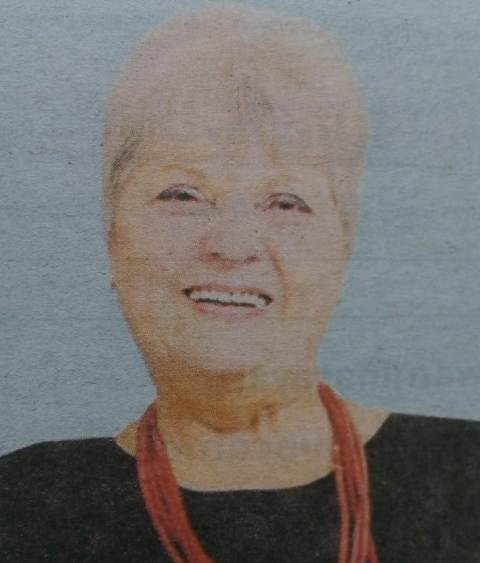 Those we love don’t go away,

They walk beside us every day.

Unseen, unheard, but always near,

Janis Lee Mwosa died peacefully on the morning of 13 June, 2018.

She is survived by her daughter Katanu and Kimenyi, her son Kioko and Thato and grandchildren Jasmine, Sifa, Kali, Bosa and Tuli. She was a dear friend and teacher to many, and will be missed by all those she touched in her stellar life.

A prayer service will be held on Sunday, 24 June, 20 18 at 3 pm at PCEA Loresho Community Church where Janis served as an elder.

Prayers will thereafter be held at PCEA Loresho Community Church on Monday, 25 June and Tuesday, 26 June, 2018 at 4 pm.

Details on the memorial and funeral services will be announced shortly.