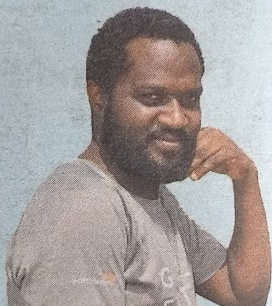 It is the humble acceptance of God’s will that we announce the passing on of Joseph Kuria Ibaare (Jose), founder and lead at Inspa Graphics.

He was brother in-law to Peter Waithanje Macharia, cousin and uncle to many.

Family and friends are meeting daily at his home in Nakuru County, Elburgon (Nyakiambi Farm) from 6:00 pm.

The cortege leaves Egerton University Funeral Home on Thursday, 21st April, 2012 at 8am. Burial Mass and prayers will be held at his home Nakuru County, Elburgon, Nyakiambi Farm, where he will be laid to rest.