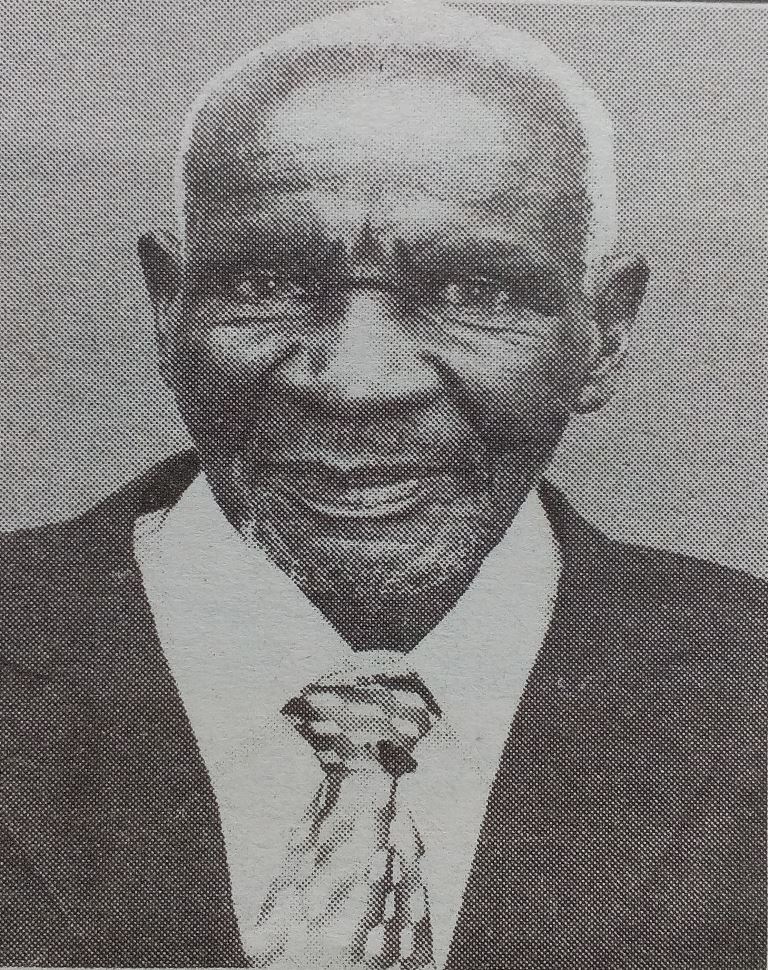 It is with humble acceptance of God’s will that we announce the death of Joseph Simiyu Watakila (retiree Kenya Power) of Malaha village Webuye on 21st July, 2017.

We give thanks to God for his life. Dad in our hearts you remain forever.