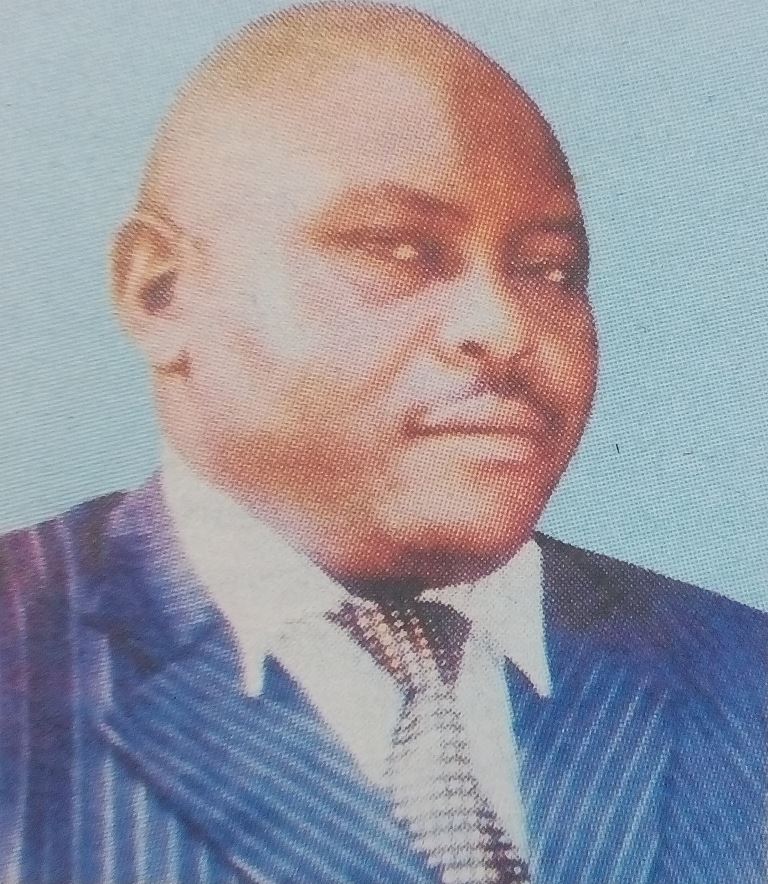 It is with humble acceptance and deep sorrow that we announce the death of Kennedy Nyakeriga Onsare of the Ministry of Lands and Physical planning.

Beloved husband of Rhoda Buyaki Nyakeriga. Son of the late Judson Onsare and the late Esther Kwamboka. Father of Esther Kwamboka of Nyabohanse Girls High School, Naftali Onsare, Glen and Maureen Kemunto. He was brother of John, Geoffrey, Careen, Zipporah, Jane, Joska, the late Jackline and Lydiah. Son-in-law of Samuel and Alexina Koroba. Brother-in-law of Mary Gesare of Lands, Priscah, Norah, Beatrice, Elizabeth, Dominic and Vincent. Nephew of the late James Nyamache and the late Samwel Omari, He was omoigwa of the Nyakiongora’s (James, Moses of Buildings Inspectorate, Dr.Abel of MOH, Hellen Nyachiro and Margaret Omwenga among others.)He was uncle of Andrew, Geoffrey, Brian, Edwin, Gerald and Spencer among others.

Relatives and friends are meeting daily at his house in MIGORI next to Allexis Hotel and at his rural home Suguta village. There will be a fundraising to assist in funeral expenses at LMS Central SDA Church Nairobi and at his rural home on Wednesday (today) the 16th August, 2017 from 5.00 pm. The cortege leaves Hema Hospital Mortuary on Thursday 17th of August. 2017. Burial will be on Friday the 18th of August, 2017 at his Suguta Home, Masimba, Kisii