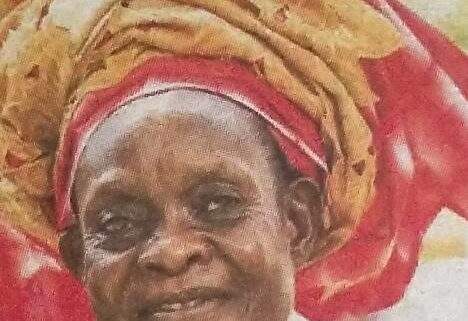 It is with profound sorrow and humble acceptance of God’s will that we announce the death of Mama Agnes Akeyo Were that occurred on 30th December, 2022.

Mother-in-law of Emily Were, Linet Were, Janet Were and Lucille Were.

Family and friends are meeting daily at her home in Nyakach, Sondu for funeral arrangements.

The cortege leaves Aga Khan Hospital Mortuary Kisumu on 12th January, 2023 for mass at Nyabondo Catholic Church and the burial shall take place on 13th January, 2023 at her home in Nyakach, Sondu

2nd Timothy 4:7- I have fought the good fight, I have finished the race, I have kept the faith