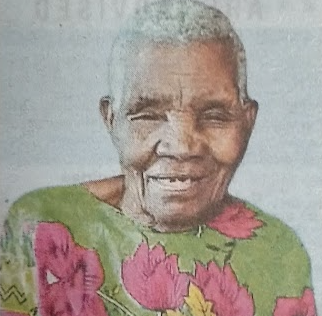 We are saddened to announce the death of Mama Emily Mkawughanga Matunda Msagha which happened on 2nd April, 2022.

The cortege leaves Aga Khan Hospital Mortuary – Mombasa – on Thursday the 7th of April, 2022, for Mwanda Njawuli lvunyi in Taita Taveta County, where she will be laid to rest on Friday, 8th April, 2022 from 10am.

Mao you fought a great fight. It’s now time for you to take a deserved eternal rest. We loved you but God loves you more. Rest in peace Mao till we meet again.