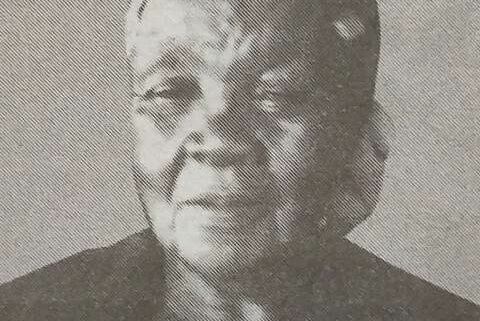 It is with humble acceptance of God’s will that we announce the passing of Mama Mary Adhiambo Winja which occurred on 15th January 2023, after a short illness.

The cortege leaves JOOTRH Kisumu Funeral Home on Friday, 27th January 2023 at 9.00am for a funeral service at All Saints Memorial ACK Majengo Church at 1.00pm thereafter night vigil at her home in Nduru Village, Majengo School. The burial will be held on Saturday, 28th January 2023.