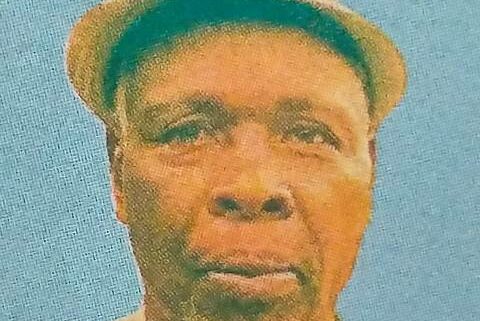 It is with humble acceptance of God’s will that we announce the death of Mwalimu Isaac Nyang’au Okeyo, which occurred on 13/01/2023.

Son of the late Gideon Okeyo and the late Drusilla Kemunto of Riamoni Village.

Uncle to Joshua, Grace, among others.

Brother to the late James Onchwari.

Brother-in-law to the late Onsongo, the late Mayaka, Peter and William, the late Omanwa, Mokaya and Osiri.

Family members and friends are meeting daily as from 5.00pm in Kitengela, Syokimau and at his home in Riamoni Village.

The cortege will leave Montezuma Funeral Home – Nairobi on Thursday 26/01/2023 at 7.00am and the burial service will be held on 27/01/2023 at his home Riamoni Village, Gesima Location, Riamoni Sub-Location.

“I have fought a good fight, I have finished my course, I have kept the faith.”