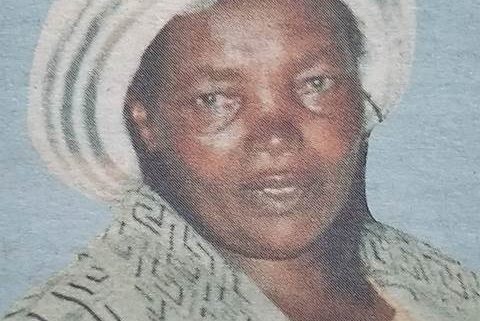 It is with humble acceptance of God’s will that we announce the passing of Mary Muthoni Ruara of Gilgil on 15/05/2022.

Family and friends are meeting daily for prayers at her residence in Gilgil, Ruara farm from 2.00pm and 7.00pm at Clarina Hotel – Gilgil.

The cortege leaves Umash Funeral Home – Nakuru on Tuesday 24/05/2022 for funeral mass at the Holy Spirit Catholic Church – Gilgil at 10.00am and later she will be laid to rest at her Home in Ruara Farm.

2nd Timothy 4:7 — “I have fought the good fight, I have finished the race, I have kept the faith.”