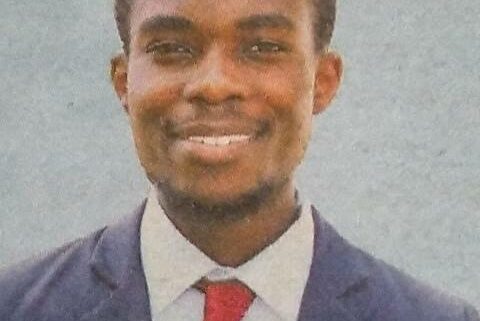 The family of the late Mzee Naman Singa regrets to announce the sudden demise of Mordecai Amok Amayo who was a final year Medicine student at the University of Nairobi.

His mothers are the late Anna Goretti, Agnetta, Rose, Florence and Everlyne.

There will be a Fundraising to defray the burial expenses on Sunday, 8th January,2023 at Menengai Social Hall, Menengai Ward Nakuru County.

“God has picked his best flower”.