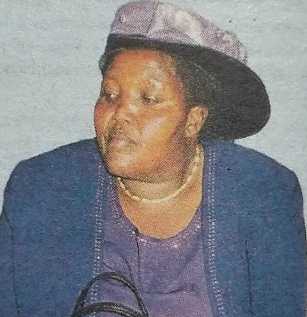 It is with sorrow and humble acceptance of God’s divine will that the Chumo’s Family announce the promotion to glory of our loving mother, Mrs. Rose Chumo on the 30th of July 2022.

“In God’s HandsYou Rest, In Our Hearts You Remain Forever” Amen

I have fought a good fight, I have finished the race and I have kept the faith (2nd Timothy 4.4)