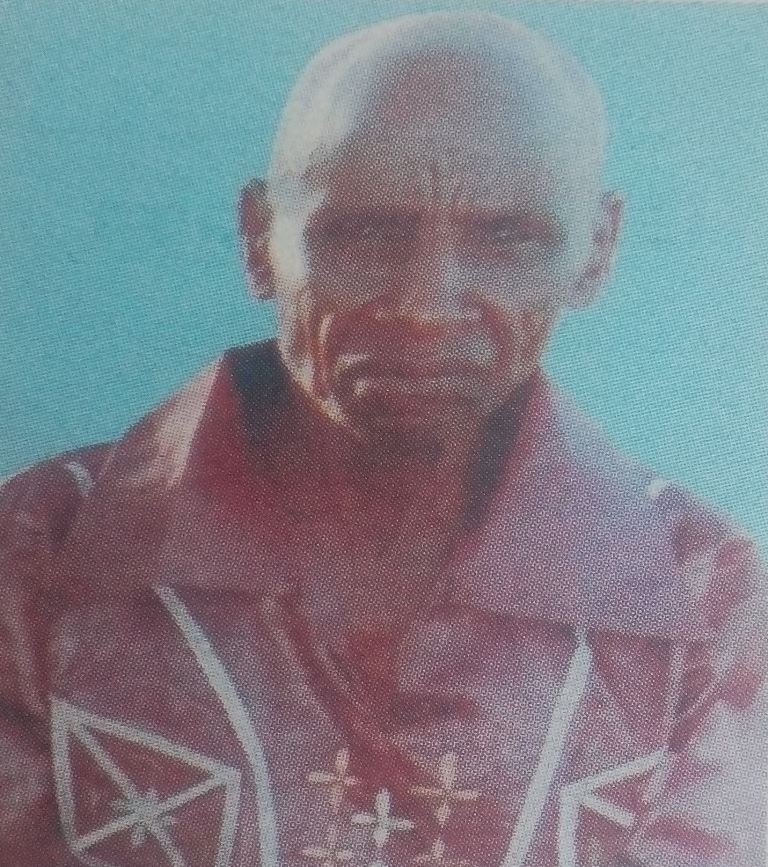 It is with humble acceptance of God’s will that we announce the passing on of Mzee Nathan Mwanga Kitoo which occurred on 20″ August, 2017 at the Texas Cancer Center Hospital, Nairobi.

Family and friends are meeting daily for prayers and funeral arrangements at the Holy Family Basilica, Nairobi-Cardinal Otunga Hall, opposite Inter-Continental Hotel and Parkside Hotel- Mwingi starting from 5:30pm.There will be a fundraising on Wednesday 30th August, 2017 in Mwingi and on Thursday 3Ist August, 2017 in Nairobi starting from 5:30pm at the respective venues.

The cortege leaves Montezuma-Monalisa Funeral Horne on Saturday 2nd September, 2017 at 6:00 am for a church service and burial at his home in Kathungi village, Katulani sub-county, Kitui County.

2 Timothy 4:6-7 “For I am already being poured out like a drink offering, and the time for my departure is near I have fought the good fight, I have finished the race, 1 have kept the faith”

Dad/Grandpa in God’s hand you rest, in our hearts you remain forever.