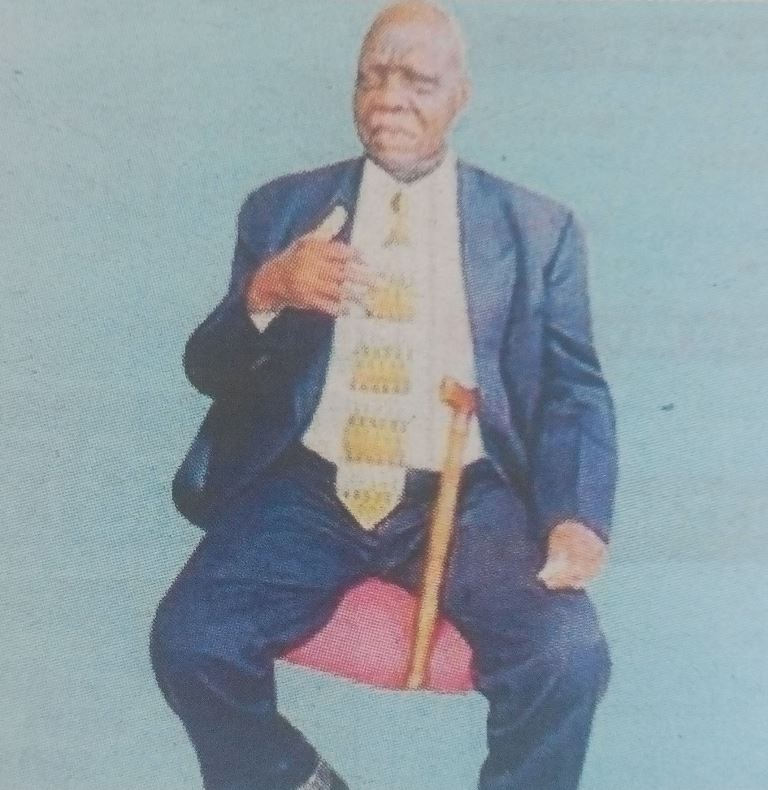 It is with deep sorrow that we humbly accept God’s will in the untimely death of Mzee Stephen Magembe former assistant chief of Bobasi Boitangare, a businessman and proprietor of satellite hotel in Kisii Town which occurred on 7th September 2017.

The body is lying at Montezuma funeral Home, in Nairobi. Family, friends, relatives and well wishers are meeting daily at his home in Igare market; satellite Hotel Kisii town, Rigena Hotel-Nakuru and at Seasons, Uchumi Hse – Nairobi as from 5.00pm.The main -fundraising to offset his medical bills and burial expenses will be held at 680 hotel on Tuesday 19th September 20 17 from 5.00pm.

The body will leave Montenzuma funeral home on Thursday 21st September 2017 for Kisii. A church service and burial will take place at his home at Igare on Friday 22nd September 2017. Mpesa contributions can be sent to Safaricom Paybill number 723168. For further information please call 0722899548/0719643391.

2 Corrithians 5:1 For we know that when this tent we live in our body here on earth-is torn down, God will have a house in heaven for us to live in, a home he himself has made, which will last forever.