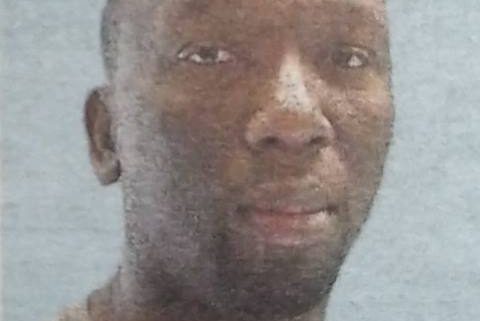 It is with deep sadness that we announce the death of Patroba Moses Onyango Olale that occurred at Samaritan Hospice in Memorial Hospital, Mount Holly, New Jersey, USA after a brave battle with cancer.

Son to the late Macknnon Okeno Olale and Peres Malago Olale. Loving father to Jordan Onyango and Danielle Onyango. A great friend to Janene Kettrell and fiancé to Celisse Obey all of New Jersey.

A Fundraising for his family to bring his remains home will be held at All saints Cathedral on 7th September 2022 at 5.00pm followed by a Memorial service at St Stephens Church Jogoo Road on 9theptember 2022 at 2.00pm.

“I have fought the good fight, I have finished the race, I have kept the faith” 2nd Timothy 4:7